On May 30, Stephen McNeil’s Liberal government faces off against NDP and PC challengers over the economy, jobs, health care and more. Here’s a primer on the numbers behind the issues.

The numbers: Atlantic Canadian provinces are bracing themselves for a wave of grey in coming years. According to 2016 census data released earlier this month, Canada has more people over 65 than it does children under the age of 14, but the age gap is even worse in provinces like Nova Scotia, where every municipality except East Hants has more seniors than children. Policies to help Nova Scotians start families, get an education and stay in the province have become priorities for all the parties in this election. 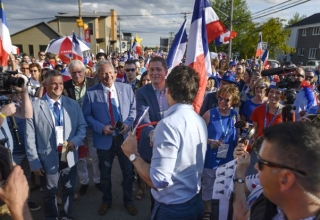