Tolls not only discouraged driving at peak times, but raised revenue too, says Patrick Condon

Bridge tolls were already bringing in revenue and helping to reduce traffic congestion in the region before the NDP government — and others before it  — removed them from the Port Mann, Golden Ears and Lions Gate bridges, says a University of British Columbia professor.

“If we had not removed all the tolls in the region, the amount of revenue that … would have been enormous by this time,” said Patrick Condon, a professor in the School of Architecture and Landscape Architecture at UBC.

The objectives of mobility pricing — also known as road pricing — are to raise revenues to fund the overall transportation system and reduce congestion by discouraging drivers from using the roads during peak times, according to the commission.

But those objectives were being met, at least in in part, by tolls on the Golden Ears and Port Mann bridges according to Condon.

Condon said the tolls have fallen victim to politics and have been chopped in favour of votes.

“We actually had that source of revenue at the most appropriate places but it keeps consistently being taken off at election time,” said Condon.

More than 50 years ago, the Lions Gate Bridge was a toll bridge. The fees were removed in 1963.

Along with reducing congestion and generating revenue, the commission said it is aiming to increase fairness in how transportation is funded. 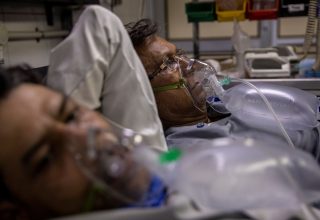 There is a split scenario unfolding as the world battles the pandemic. In countries …