Moscow has told Britain it must cut just over 50 more of its diplomatic and technical staff in Russia in a worsening standoff over the poisoning of a Russian former spy and his daughter in England, the Russian Foreign Ministry said on Saturday.

Separately, Moscow also demanded an official explanation for the search of a Russian passenger plane in London, saying it reserved the right to act similarly against British airlines in Russia. Britain said the search was routine.

More than 100 Russian diplomats have been expelled by various countries, including 23 from Britain itself, to punish the Kremlin over the March 4 attack on Sergei Skripal and his daughter Yulia in the historic English city of Salisbury.

London says Moscow was responsible for the first known use of a military-grade nerve agent on European soil since World War Two. Russia denies that. It has cast the allegations as a Western plot to sabotage East-West relations and isolate Moscow.

A spokeswoman for Britain’s Foreign Office called the Russian move regrettable, and said it was considering the implications of the measures. She did not say how many diplomatic staff in Russia would be affected, while the British Embassy in Moscow says it does not make staff numbers public.

But Russian Foreign Ministry spokeswoman Maria Zakharova said the demand meant Britain would have to cut “a little over 50” more of its diplomatic and technical staff in Russia on top of the 23 diplomats who have already gone home. 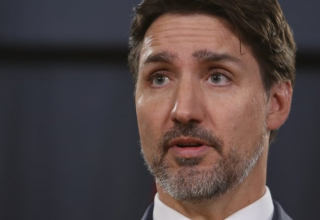 The health, safety, and well-being of First Nations, Inuit, and Métis peoples is a …