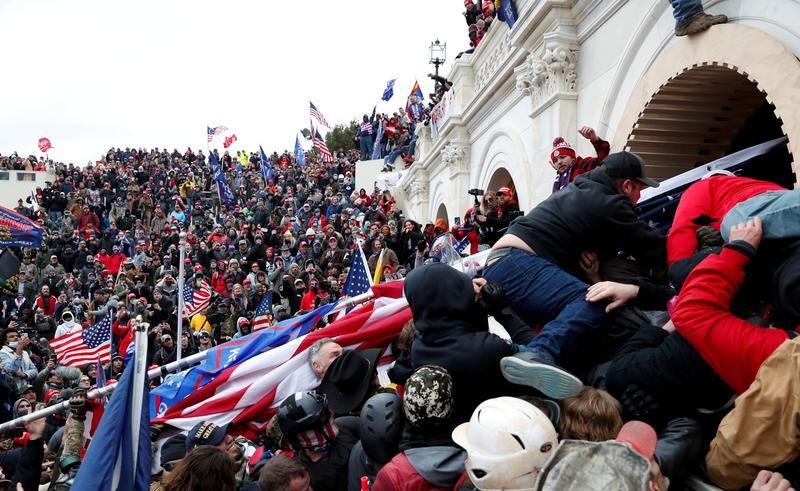 Thousands of U.S. President Donald Trump’s supporters converged on the Capitol, home to both the U.S. Senate and the House of Representatives, in a bid to overturn his election defeat, occupying the symbol of American democracy and forcing Congress to temporarily postpone a session to certify President-elect Biden’s victory.

Before the counting of the electoral votes began, President Donald Trump had spoken to a large crowd of supporters gathered between the White House and the Washington Monument, calling the presidential election the most corrupt in the nation’s history. Trump repeated the false claims of election fraud that have failed to find traction in courts across the country.