Prime Minister Justin Trudeau on Thursday admitted Canada had failed its indigenous people and told the United Nations his government would do better to improve the lives of aboriginals and achieve reconciliation.

Trudeau used his speech to the U.N. General Assembly to frankly acknowledge the dark history of Canada’s colonization as one of “humiliation, neglect and abuse” and promised to do more to help the nation’s 1.4 million indigenous people.

“We have been working hard … to correct past injustices and bring about a better quality of life for indigenous peoples in Canada,” he said.

“Though this path is uncharted, I am confident that we will reach a place of reconciliation,” Trudeau later added.

While Trudeau used his U.N. speech last year to highlight Canada’s strengths, a discourse the New York Times summed up as “We’re Canadian and we’re here to help,” the prime minister took office in 2015 pledging to fix its relationship with aboriginals.

Two years in, many say he is not doing enough to help indigenous Canadians, who make up about 4 percent of the population and face higher levels of poverty and violence and shorter life expectancies.

Canada’s national inquiry into missing and murdered indigenous women has been hit by resignations and complaints it is progressing too slowly.

Pamela Palmater, a Mi‘kmaq lawyer and professor, said she would rather see action than a speech.

“Some of his words were exceptionally powerful (and) would give a lot of hope to a lot of people in Canada, but he falls down every time when it comes to substantive action,” Palmater said.

Many aboriginal communities do not have access to safe drinking water, and suicides have plagued several isolated communities.

Acknowledging Canada’s attempt to force assimilation through residential schooling and other repressive policies, Trudeau called the living conditions aboriginals face “the legacy of colonialism in Canada.”

Trudeau promised to move forward with a review of federal laws and policy, and to support indigenous self-determination.

Asked by reporters why he used an international stage to discuss a domestic issue, Trudeau said he wanted to highlight what can be done without telling other leaders how to tackle their own mistakes.

“This is something that is universal and important,” Trudeau said. 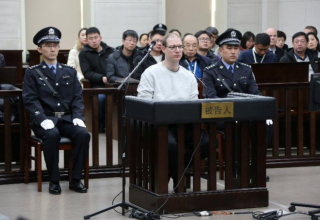